Blog: The future is cash-less, not cashless

The term “cashless” has been front of stage for the payments industry since contactless technology was introduced more than a decade ago. However, we are further from becoming a truly cashless society than many of us may think.

There is no denying that the payments landscape has experienced vast change and diversification in the past 15 years. In this time, we have seen the introduction of contactless cards, mobile payments (e-wallets) and other digital options such as the Pay by Bank app. This has caused a shift away from cash, with cashless payments overtaking physical notes and coins. At the dawn of the payment revolution, six out of every ten transactions were cash. Now it’s three in ten and many believe that this is the beginning of a cashless society in the UK.

While the race to move away from cash is being encouraged by those looking to shed the costly cash handling infrastructure, there is concern that the move is being made too quickly and that not enough is being done by the government to protect those that rely on cash from being left behind.

According to The Independent Access to Cash Review, “cash is still an economic necessity for 25 million people,” such as the elderly, but also for many independent organisations, including non-profits. While advancements in using mobile payments have begun to be leveraged by charities, the reality is cash still dominates charitable donations.

If we were to move to a completely cashless society, those that heavily rely on cash could be ostracized and isolated, leaving them unable to pay for services such as taxis, carers and even their groceries, due to unfamiliar means of payment they don’t feel comfortable using.

It’s worth looking at what we can learn from countries like Sweden, which are further ahead in the cashless journey.

Half of Swedish retailers predict they will stop accepting cash before 2025, but the nation’s government is recalculating the societal costs of a cash-free future. This is due to concerns around vulnerable minorities, as well as the fate of online payments and bank accounts if an electrical grid fails or servers are thwarted by power failures, hackers or even war. To manage the journey towards becoming a cashless state, the payment market must be closely regulated to ensure it remains fair and inclusive and doesn’t exclude vulnerable individuals.

Another option the Swedish government is investigating is a central bank-issued digital currency, which has been named the “e-krona.” However, there are still questions about how this would be accessed by those with limited access to digital devices.

For as long as consumers have used central currency in exchange for goods and services, they have been used to a variety of choice when it comes to payment methods. Be it cash, checks, debit/credit cards, mobile payments and e-wallets, and even direct bank transfers. The reality is that consumer preference will always be king and cash, particularly for the foreseeable future, won’t be made redundant. Cash is important for many reasons beyond pure preference – it provides people with a sense of security and many people still use it to budget their spending. It has become a core part of who we are as a nation and we mustn’t encourage it to disappear, but respect natural progression.

A version of this article originally ran on Finextra. 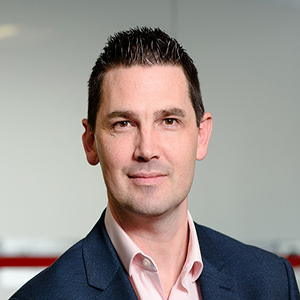