First Black Friday and then the holiday season—for many the end of the year is a busy shopping time. While the COVID-19 pandemic put a damper on last year’s shopping behavior, vaccinations and the improving employment rate could lead to a holiday season more reminiscent of pre-COVID times.

The possibility of a return to normalcy should be cause for celebration, but both consumers and financial institutions (FIs) should remain vigilant: A larger number of shoppers could entice criminals to come out of hibernation as well. FIs around the globe are taking measures to combat skimming (one of the costliest crimes at the ATM) and the race to prevent fraud is never-ending: While the total number of skimming incidents has decreased, the European Payment Terminal Crime Report 2021 notes that cash loss per occurrence continues to increase.

In 2020 EAST found that 98% of fraud losses were due to skimming attacks, although they only make up 10% of overall incidents. But monetary losses are not the only damage created by skimming: In a 2019 survey, 57% of consumers said they would stop spending with a business for several months after a security breach occurred and 41% claimed they would never return after a breach.

Previously, all attempts at preventing skimming have been overcome by criminals: Over the years, the bad guys have made their skimmers more sophisticated. They are smaller, smarter and virtually undetectable. At the same time, it has become considerably easier for would-be criminals to get access to a skimming device on the dark net. And even as EMV compliance makes its way around the globe, skimming remains responsible for the majority of ATM fraud losses.

The Diebold Nixdorf ActivEdge® card reader is still the leading anti-skimming solution in the market and unskimmed since its launch in 2014.
ActivEdge® is our game-changing ATM security solution; it makes every existing type of skimmer obsolete. As the industry’s most secure card reader, it counteracts skimming by altering the way an ATM card is inserted and read: While current skimming technology relies on the ability to read an ATM card’s entire magnetic strip as it is inserted in a short-edge orientation, ActivEdge requires card users to insert their cards long-edge first. Then the magnetic stripe is read from side to side instead of front to back, making it extremely complicated for skimmers to capture the card’s information.

And ActivEdge doesn’t just prevent both external and internal skimming. The communication between the card reader and the CPU is encrypted, preventing fraudsters from capturing any tracking data. And because each card reader is paired with a specific ATM, swapping out the ActivEdge device is pointless. In addition, it combats card trapping with a locking gate. This technology is similar to the protection that was developed to protect cash dispensers.

In an article published by ATM Marketplace shortly after the launch of ActivEdge, security specialist Dave O’Reilly noted, "It would be interesting to see how the criminal community responds if the technology becomes widespread”. So, let’s take stock for a moment:

Since ActivEdge was first launched in 2014, more than seven years have passed, and the long-edge technology has proven effective against skimming and other attacks on ATMs across the globe: Over 35,000 ActivEdge card readers are currently in use in over 30 countries and the number is rising. Despite the large number and wide distribution, ActivEdge has never been skimmed—not even once. The encrypted moving read head has proven to be a game-changer and continued to defeat all known skimmers.

Complete security is not possible, as criminals and their methods continue to develop along with countermeasures taken against them. Nevertheless, the long timespan in which ActivEdge has remained undefeated proves its effectiveness in protecting customer data at the ATM from would-be fraudsters.

Not only is the ActivEdge card reader a more secure solution than that of competitors, the illuminated guide lights create an easy transaction flow and enhance the user experience. This makes the switch from short-edge to long-edge insertion easy.

In a usability study, 80% of consumers inserted their card correctly without guidance and the remaining participants noted the signage or blinking red light and changed their behavior accordingly. 92% of the participants actually preferred ActivEdge over current short-edge card readers because of its enhanced security. They didn’t mind changing their card insertion behavior. Quite the opposite: One participant even noted that he preferred the long-edge insertion if it reduced the possibility of fraud attacks.

As EMV chip technology use spreads, some may see anti-skimming technology as redundant. However, EMV chip card deployment is not homogenous. There are regions—especially in the USA and Asia Pacific—where only about 60% of cards possess an EMV chip. The global average is also only about 66%. Additionally, for as long as cards continue to carry a magnetic stripe, they remain vulnerable to skimming attacks and need additional protection.

It will take years for EMV technology to become ubiquitous. To prevent shoppers from falling victim to fraud attacks during the upcoming holiday season, FIs need to upgrade their defenses. Anti-skimming technology remains an essential asset to protect consumers and their data from fraud while simultaneously preserving their trust in their bank. As it remains undefeated for seven years since its launch, ActivEdge remains the best option to protect yourself and your customers and do your part to give them a chance at a merry holiday season—and don’t we all deserve that this year?

Learn more about how to secure your ATM network at DieboldNixdorf.com/Security. 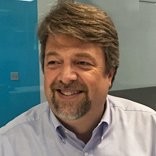