Blog: Buy Now Pay Later and the Future of Credit

Living paycheck to paycheck and accumulating credit card debt have long been part of the reality for many consumers. Even before the pandemic made “these uncertain times” the unofficial catchphrase of advertisers across the globe, consumers were often faced with hard decisions about when they could splurge on luxuries and when they had to tighten their belts. The pandemic raised the stakes on the consequences of extending yourself beyond your means, and the idea of taking on credit card debt to purchase anything but the essentials became harder and harder to justify.

With the buying power of consumers seemingly dwindling, it’s no surprise that retailers have turned to fintech companies to help them (and customers) reach that critical point of sale. Over the past 10-15 years, fintechs have been instrumental in putting the power back in consumers’ hands and challenging the “normal” way we go about using money. So, when retailers needed a way to empower consumers with the confidence to buy online, they turned to companies like Affirm, AfterPay, ePayLater and others that are revolutionizing the (not so modern) world of Buy Now Pay Later (BNPL) purchasing.

The idea is simple: by splitting up payments over monthly installments with little to no interest, purchases that were seemingly impossible to fit into tight monthly budgets become much easier to justify. BNPL has existed for years; installment payments actually predate the modern credit card. And fintech companies were already navigating the online retail space pre-pandemic, but the urgency with which people needed purchasing alternatives was accelerated by COVID.

From billions to trillions overnight—through a message of empowerment
The ease with which these fintechs seamlessly integrated into the online retail marketplace led to a massive influx of users and money into the BNPL lending market during the pandemic. The market grew from $3 billion on 2019 to $39 billion 2020—a whopping 1200% increase! A recent Bank of America report predicts that the global BNPL space could annually process between $650 billion and $1 trillion by 2025, which is roughly 10 to 15 times the current market. With numbers like these, it’s no wonder that one of India’s largest BNPL startups has raised over $180 million funding in four rounds.

A large part of this growth also comes from the way that BNPL fintechs are tapping into the socioeconomic zeitgeist of contemporary consumers. From TikTok influencers to memes on Twitter, BNPL fintechs understand that their audience wants to feel empowered by money. This investment in the psychology of the modern spending has played a large role in why Affirm is expected to hit six million users later this year, AfterPay is on pace to reach nearly 13 million, and India’s LazyPay had at least 75,000 new users join the platform every month throughout 2020, and is now topping 30 million users. These numbers are expected to continue to rise over the next few years, signaling a key shift in how consumers think about their spending habits.

Amid seismic disruption, traditional entities are getting proactive
Fintechs have been able to disrupt traditional banking largely due to the lack of regulation that has historically stymied innovation in the financial industry. BNPL is no different. Credit card companies and banks may have been slow to react to the initial wave of fintech companies that revolutionized the banking space over the past 10 years, but many have learned their lesson and are now quick to act in the face of disruption. In 2020, both American Express and Chase introduced BNPL features, giving their cardholders the option to pay off large purchases in smaller, interest-free payments that carry a nominal monthly fee. Goldman Sachs is investing heavily in BNPL this year as it looks to build out MarcusPay, its point-of-sale lending business.

Does BNPL spell the end for traditional credit cards among Millennial and Gen-Z consumers? It would be easy to think so, given the misconception that younger generations are generally less trusting of traditional banks and credit. Although India is expected to be one of the fastest-growing markets when it comes to the adoption of BNPL and digital payment; globally credit card issuers have worked hard to incentivize younger consumers to open accounts and purchase with credit (and confidence) through the use of rewards programs and credit builder cards, to their advantage; over half of Millennials and Gen Z have at least one credit card.

The real lesson of BNPL is that younger consumers are open to and hungry for new payment methods, especially if they provide more flexibility and a feeling of greater control over their finances. The fintech revolution has demonstrated that where there is a desire to reduce financial friction, startups will rush in with innovations. Future payment options could further weaken the traditional credit card market, as well as overturn the dominance of stripe and PIN payment processing with something completely new, posing challenges across payments to FIs, issuers and merchants—while also offering new opportunities.

Is your organization ready for the innovations in payments? Let’s discuss how we can help you identify new opportunities to leverage this quickly evolving space. 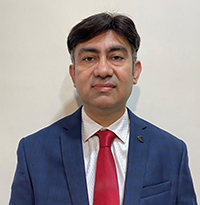