Blog: The API Economy is Revolutionizing How People Think About Money and Finances

While the COVID-19 pandemic may not last forever, the behavioral shifts during this seismic event in world history will have a lasting impact on the way consumers and businesses interact with each other for years to come. Businesses were forced to quickly adapt to a world where consumers wanted to avoid physical touchpoints, which accelerated digital and mobile adoption. The world of finance is no different, and as consumers increasingly come to expect real-time, omnichannel access to their accounts and other financial data, banks and other FIs will need to react accordingly.

APIs (application programming interfaces) have been in existence for nearly a century (the first APIs originated in the 1940s), but the rise of FinTech companies over the last ten years has been a catalyst in moving them to the forefront of digital transformation in the banking industry. APIs are the reason you can pay for a cup of coffee or a cab ride on your phone without ever needing to pull out your wallet. By allowing different pieces of software to speak with each other, they have reduced friction and given consumers an expectation of continuous connectivity.

In 2015, the EU’s adoption of PSD2 (the Second Payment Service Providers Directive) and the UK’s Open Banking regulations—which require banks to provide their customers with access to financial information through third-party applications—created a “gold rush” for FinTechs offering personal finance applications, digital banking services, and alternative payment options. While FinTechs were revolutionizing how consumers think about money over the last several years, banks have been slower to adopt digital transformation. As a result, many are now playing catchup. Even before the pandemic highlighted how quickly consumers could adapt to a touchless world, banks were beginning to realize that there is a massive market to tap into. In 2018, BBVA launched Open Platform which allowed for API integration to provide customers with a wide range of banking services, while the same year Deutsche Bank launched its own API Program and subsequent API Partner Network to give third-party developers access to their bank data. Many more have followed in their footsteps in last few years, as banks fight to keep consumers inside their own ecosystems.

Most current payment platforms were built to cater to card-based purchases. As more and more new point-of-sale transaction options are integrated into the daily routine of the modern consumer, the need for a new, more adaptable payment infrastructure becomes more evident. The customer journey is changing with 93% of consumers using their smartphone when shopping and 87% of retailers admitting that the new ways consumers shop today demand new investments in IT. For the now, most payments are still be card based, even if the card never makes an appearance during the transaction itself; however, it’s only a matter of time until the card disappears altogether.

As we look towards the, there are some key performance indicators of where businesses will find success. Agility and flexibility will be critical in ensuring this transition creates as little friction as possible for the consumer. The API economy that FinTechs have taken advantage of gives a glimpse into how consumers will think about money in the coming years. A fully connected ecosystem that can seamlessly integrate new payment types, new authentication methods, and new channels will be essential to both attracting and retaining, consumers.

The more options a consumer has to complete a payment, the less chance there is they’ll turn to someone else to do it. Ultimately, this requires an investment in innovation and an acute focus on security to ensure that consumer financial data is safe across all these newly connected channels.

Is your organization ready for the future of the API economy? Let’s discuss how Diebold Nixdorf can help you identify new opportunities and implement future-focused solutions.

API strategists from Mulesoft and Diebold Nixdorf share their thoughts on how the open API market is transforming and powering omnichannel interactions for financial... 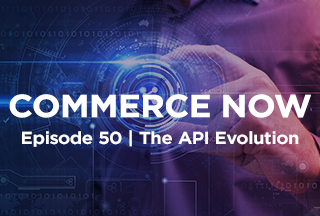 In this special episode of COMMERCE NOW we team up with APIs Unplugged podcast to discuss using APIs to succeed as an incumbent in a disrupted fintech space. 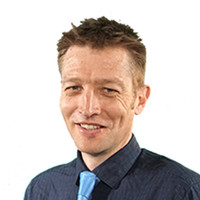